Archeologists made a unique discovery in Georgia - a pitcher or a clay amphora for winemaking - qvevri™, containing water. The researchers ascertained that the vessel with pure water stayed in the ground for 1,200 years. The finding was done during diggings at the ruins of triple-nave basilica of the 5th Century A.D. in Kvareli, Kakheti.

The researchers also established that it is potable water with no taste or colour. Mr Nodar Bakhtadze, Head of expedition, claims that it is not storm water. Rather, the vessel was filled up with spring water about 1,200 years ago. A little amount of it has been shared with the Patriarchy of Georgian Orthodox Christian Church assumed that the water was used for Consecration which explains why it is preserved for a millennium.

Archaeologists hope more 1000-year-old discoveries on the site are yet to come. 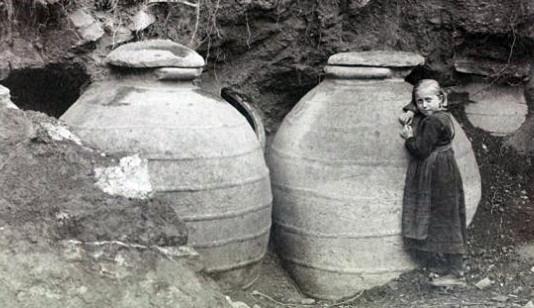