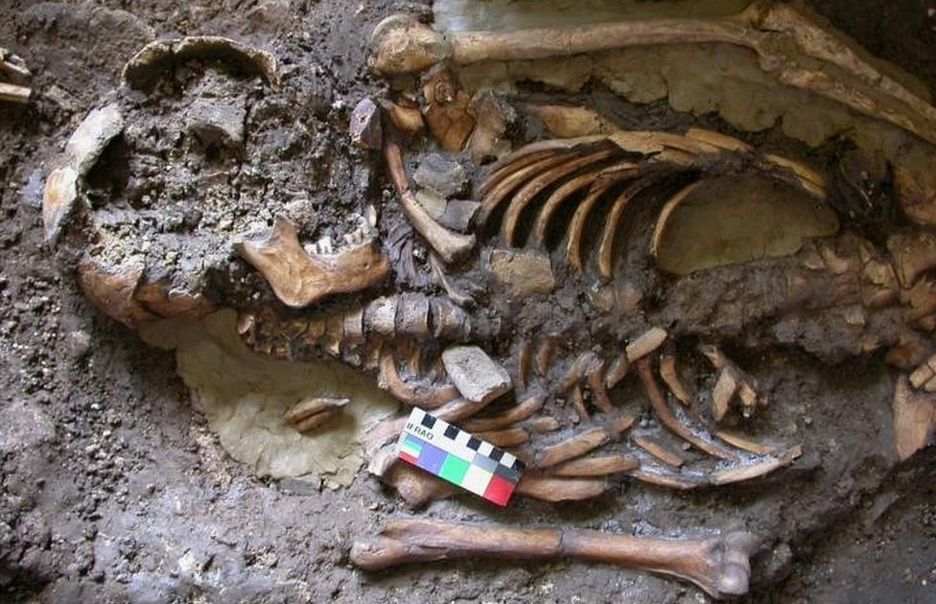 DNA was retrieved from this 10,000-year-old skeleton in Western Georgia.

Geneticists have detected a fourth ancestral "tribe" which contributed to the modern European gene pool.

Research shows Europeans are a mixture of three major ancestral populations - indigenous hunters, Middle Eastern farmers and a population that arrived from the east in the Bronze Age.

DNA from ancient remains in the Caucasus has now revealed a fourth population that fed into the mix.

Details are published in Nature communications.

Scientific advances in recent years have allowed researchers to retrieve and analyse genomes from ancient burials. The genome is the genetic blueprint for a human, contained within the nucleus of every cell.

This deluge of data has transformed our understanding of the modern human genetic landscape. It has also shown that present-day genetic patterns are poor guides to ancient ones.

The first layer of European ancestry, the indigenous hunter-gatherers, entered Europe before the Ice Age 40,000 years ago. But 7,000 years ago, they were swept up in a migration of people from the Middle East, who introduced farming to Europe.

About 5,000 years ago, herders called the Yamnaya entered Europe from the eastern Steppe region - in present day Ukraine and Russia.(Ямная культура*//geo-logaritmica)

These horse riding metal workers may have brought Indo-European languages with them; today this language family comprises most of the tongues spoken in Europe. The discovery of plague DNA in Yamnaya burials and a population decline in Europe around the same time has led some researchers to wonder if their passage west was facilitated by the spread of disease.

The Yamnaya transformed the gene pools of northern and central Europe, such that some populations, like Norwegians, owe around 50% of their ancestry to these Steppe pastoralists.

But the Yamnaya were themselves a mixed population. Around half of their ancestry came from a sister group to the hunter-gatherers who inhabited Europe before farming, while the other half appears to be from a population related to - but noticeably different from - the Middle Eastern migrants who introduced farming.

Researchers have now analysed genomes from two hunter-gatherers from Georgia that are 13,300 and 9,700 years old. The results show that these Caucasus hunters were probably the source of the farmer-like DNA in the Yamnaya.

The Caucasus hunter-gatherer genomes show a continued mixture with their Middle Eastern cousins to the south, who would go on to invent farming 10,000 years ago. However, this mixing ended about 25,000 years ago - just before the time of the last glacial maximum, or peak of the Ice Age. 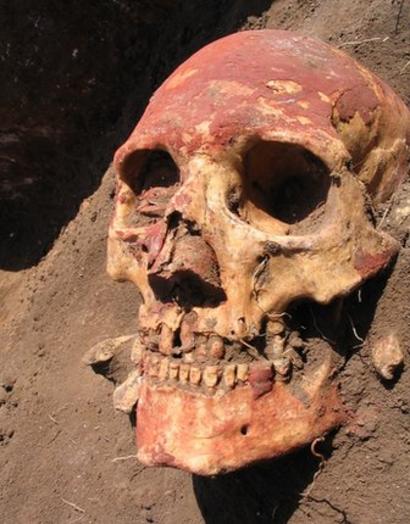 At this point, populations shrank - as shown by their genes homogenising, a sign of breeding between those with increasingly similar DNA.

Once the ice retreated, the Caucasus groups came into contact with a different group of hunter-gatherers living on the Steppe and mixed with them, laying the genetic foundations of the Yamnaya people. 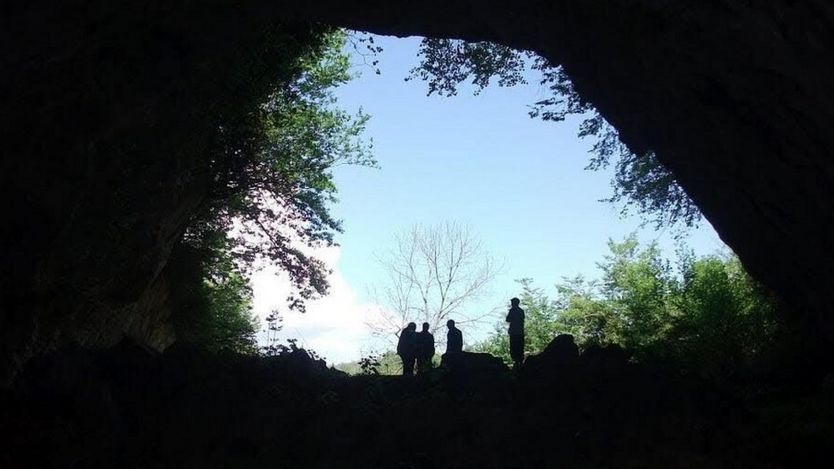 A view from the Satsurblia cave in Western Georgia, where a human bone dating from over 13,000 years ago was discovered.

The question of where the Yamnaya come from has been something of a mystery up to now, said co-author Dr Andrea Manica, from the University of Cambridge.

We can now answer that as we've found that their genetic make-up is a mix of Eastern European hunter-gatherers and a population from this pocket of Caucasus hunter-gatherers who weathered much of the last Ice Age in apparent isolation..

They suggest that this strand of ancestry may also have been associated with the spread of Indo-European languages to the region.